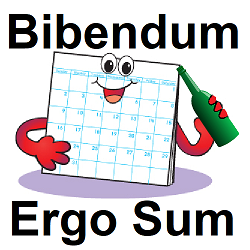 My friend Bob once told me that he had the prospicience, that his fulsome bonhomie campanology personalia would be a schwag, or lagniappe, to depute among his janissary of hyperborean hobbledehoys in the sodality. I indited a message saying he should stop this farrago and embrace lagom. As an example, I used an aphyllous tree, noting the camber and kerf of its flitch. I’m sure many people would question my motives for doing this. Probably many more would question what the snot this whole thing means.

In kind of a surreal way, it means I had a very merry writer’s Christmas. What’s that you say? Well, it’s a whole lot easier to explain than the first three lines of this post. A writer’s holiday means I received gifts a writer uses. Not silly paper, books, pencils, and stuff like that. I received the stuff of real writers; Whisky and a Word-A Day calendar. Actually, I received three calendars, and this has become a problem. You see, luckily or unluckily, as the case may be, the calendars are all from different publishers and therefore the words are all different. That’s three new words I have to learn every day. I’m just not used to that kind of pressure.

Another issue is, I post only once a week. Yet my vocabulary is being increased by twenty-one words every week. How will I ever use them all. In point of fact, I only used eighteen of them in the first few sentences. I did that mostly to get them out of the way, so I could just go ahead and post like I normally do. Of course, this leaves me with three more words that I’m going to have to find a place for somewhere. I’m not interested in turning my brilliant words into useless gewgaws but you got to do what you got to do. By the way, now there’s only two big words left.

The thought occurred to me that I might not have to use all the new words every week. That would be the ambit of foolishness. I have been given a great opportunity to increase my vocabulary, not to mention impress all my writer friends, and possibly get girls by looking impressively intelligent, so why wouldn’t I seize the day. It’s not like you can take a calendar back. A week before you can even use them on January first, they all go on sale for half off. Consequently, right after you get them, they are only worth partial value. A note to my friends; thanks for treating me like a full-fledged writer, but is a Bikini-a-Day calendar that much more expensive?  I’m just saying.

On the other hand, I would like to thank my friends for not only making me feel like a writer, but making me feel like a great writer. They want me to become Earnest Hemmingway. I found a big thick turtleneck sweater under my tree, and my friend Alice spent a good part of our holiday Zoom call telling me I would look good with a beard. No one as yet has offered to buy me a house on Key West, however the transformation might be slow and steady, I mean our writing styles are already so very similar. There are differences, I mean I’m not willing to say farewell to my arms as yet, but I do know the sun also rises, and last year in New Jersey I met an old man, and he could see. I could write about any of those things, so you have to admit I have all the same inspirations as he did. I guess it really comes down to the question of how many Word-Of-The-Day calendars Earnest had. I’ve got three big man, so there.

Another thing I got for Christmas was whisky. Lots of whisky. I received a bottle of six-year-old blended bourbon, a bottle of single-malt bourbon that’s eight-years-old, and a twelve-year-old bottle of Irish whisky. I don’t mean to brag, but that’s twenty-six years of alcohol waiting in barrels so that it can now sit in my cupboard. My children aren’t that old and thank heaven for that, because if they were, they would probably be swiping my whisky right now while I was distracted writing this post.

Anyway, I’ve been told that my buddy Earnie H. was known to take a drink here and there. I trust I can call him Earnie, because I feel a kindred spirit as I write about him. Also, he’s dead and unlikely to come and beat me up for doing it. That being said, Earnie H. liked to drink Mojitos when he imbibed. For those who don’t know, mojitos are made with rum and lime. Now I don’t want to show off my superiority once again but rum is only aged three to five years. Folks who drink rum are obviously to impatient to wait the extra time for bourbon or, dare I say, Irish whisky.

It’s this kind of impatience that might be the reason The Old Man and The Sea is only a hundred-twenty-seven pages and A Farewell to Arms is actually five books. Then again, I don’t want to speak ill of my friends, so I’ll let it drop now, before I say something like, “HA! I told you I was better than you Earnie. Neener neener neener!!” See it just wouldn’t be right if I said something like that.

So back to the basic writing tools, a good vocabulary, and a better liquor cabinet. As you saw in the beginning of this, a lot of those words had to have been created by someone who, shall we say, enjoyed the fermented fruits. I’m not saying all great writers drink, but it was Rene Descartes who said, “Bibendum Ergo Sum”, (I Drink Therefore I Am.) So, it does have its roots in history.

Take this example; Today’s word in calendar two is Mensuration. Do you know what it means? I didn’t have a clue until I read the back of the page. It’s a noun and it means, Measuring. In the example sentence they are interchangeable. I have to improve my mensuration skills to be a carpenter. Or I have to improve my measuring skills to be a carpenter. You would have to be under the influence of something to come up with a word like that, and more so to ever think of using that word. There are two extra letters to write it, and an extra syllable to say it. And when it’s all said and done nobody knows what you’re talking about. Also, it could easily get confused with a similar sounding word, which is a lady thing that I don’t want to talk about whether I’m a carpenter or not.

This brings me to my final point. I must humbly apologize, my good readers, because I just realized; I never explained the meaning of the first three sentences of this post. I became so involved explaining how those lines were created I never bothered. Well, here is what they mean. They mean simply that I can read and understand a Word-A Day Calendar.