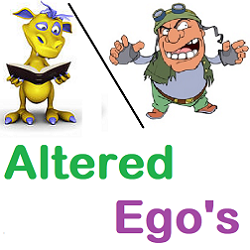 I like to read. I wouldn’t say I was well read, unless you count Sports Digest and the funny paper, in which case I’m a literary genius. I did read a bit in college, but I was able to keep that to Spiderman Comic books. Heck, you change a couple of names and they become wonderful book reports. Professors don’t read everything that was ever written, and you can get away with a whole lot of stuff if you’re willing to go out on a limb. I once got an ‘A’ on a book that I imagined after watching Dr Zhivago, and Star Wars back-to-back. But If a professor Smelling ever asks, I will deny that last sentence to my dying day. That kind of thing is completely wrong, but remember to make the publishing house as obscure as possible.

Now, my son is in college. This should be no big deal because my wife made me swear to never tell him about my study habits. It’s just like operating the dishwasher: If you do something bad enough once, you will be banned from ever doing it again. I have built a good life around these words.

Then my boy took a class on Literature. I thought he might follow in my footsteps, but it seems he is destined to be a rule-follower. Where did I go wrong? Then something worse happened. The instructor told the students to find a reading buddy. That way complex plot points could be discussed. Guess who he selected as his reading buddy. No, it wasn’t the cat. I wish it was.  Sad to say, it was me. Now, much to my dismay I have to read classic literature. I was picked because I had gone to college and he figured I had already read these books. My wife is still rolling on the floor laughing.

Well, the quarter started last January and I was in for a shock. The first book was Mary Shelly’s Frankenstein. I had been told that the story was one-hundred-forty pages long. That’s not too bad. Then I looked at the book. It has three-hundred-ninety pages. Why? Because no story of a reanimated monster would be complete without a complete chronology of Mary’s life, notes from her husband Byron, an introduction Mary wrote in 1831 for a later printing which included a second chronology, an expert’s opinion about the merit and value of the book explaining the creature’s symbolism, an essay of the impact Frankenstein has had on modern life, and seventeen blank pages at the end. Why? I have no idea, but I’m sure those blank pages are invaluable.

Then there are appendices and pages of footnotes, just before the blank pages. Maybe they expect you to doodle to keep yourself awake while reading all the stuff that isn’t the story. The footnotes themselves are necessary, how else would we know what a campagne is? By the way, it’s a small country house. She uses words like this all through the book. I am beginning to wonder if they even spoke English in 1818. There are also references to a poem called The Rhyme of The Ancient Mariner. So, to read this book I now have to read a bazillion-word poem about a dead albatross. Well, I’m not doing it. I’ll read the footnotes, and that’s it. Sheesh! We had to read all the crap because my son was tested on it and I was his reading buddy. I want a raise.

I am led to believe that cocaine was completely legal in the early 1800’s. I say this because Mary had to be drunk or something to have missed the mark by so much. She had absolutely no concept of what Frankenstein was. Her monster looked like a normal person albeit a bit jaundiced. It wasn’t green, didn’t have a flat head, and didn’t communicate in growls. She further tried to make out like the creature was just misunderstood. I’ve seen every Frankenstein movie there is, and none of them are like that. Majority rules Mary. Get with the times. If you’re going to alter the thing so much, give it a different name or something. Actually, after all of this, the book goes on to say the monster isn’t Frankenstein at all. Some goofy scientist is. Mary, you’re a good writer, but do a little research, huh.

Of course, Robert Louis Stevenson, isn’t much better. His version of Dr. Jekyll and Mr. Hyde, is also chock full of inconsistencies. First and foremost, in this version, Hyde only kills one guy who is a member of Parliament. Boring! Robert, can I call you Bob? Great! Bobby, booby, everybody else has the guy killing naughty girls. Naughty girls will get better ratings over old male politicians every time, Bob. In point of fact nobody likes old white guys. There is no sympathy at all. If somebody started killing old, white politicians, he’d probably get a medal not get thrown in prison. I’m just saying.

Then there’s the ending. In Bob’s story, Jekyll loses control of the potion and takes poison in a tiny room behind the lab. Boring! Where is the suspense of a fight with authorities, or a chase scene across the tops of tall buildings, ending in one last desperate jump that he can’t quite make. Also, when Hyde dies, he doesn’t mysteriously morph back into Jekyll to the sobs of his beautiful, but cheating, wife. In this book Jekyll doesn’t even have a wife.

The ending is a pages long confession about how Jekyll is a good man, but also likes to be evil. So, he created the potion to have an evil alter-ego to stimulate his bad side. He then goes into a diatribe about good and evil and right and wrong, and how society must live, and deal with both. Very nice, and moral and all, but I wouldn’t pay ten bucks to see that movie.

After all of that, the end of the book is a series of discussion questions. The worst thing is they don’t ask simple stuff like; Did you like the book? Oh no. They ask things like; “Mr. Hyde inspires feelings of dislike, and fear in the people he meets. Dr. Jekyll inspires feelings of fondness and respect. Do you think these opposing qualities can represent two different sides of one man?” What the heck is that supposed to mean? These guys are just characters in a book I didn’t meet either of them, and don’t have a clue of how they make me feel. I said in the last paragraph they needed naughty women, that doesn’t mean I want to discuss at length how naughty women symbolize the degradation of mankind. I don’t know who wrote these stupid questions but they don’t make sense to me.

Our next book is a study of Howard Carter and his discovery of Tutankhamen. Supposedly there will be passages from his private journal. That I wouldn’t mind reading.

Day 27 Digging in the dirt

Day 30 More digging in the dirt

Day 32 All this digging in the dirt Sucks Rocks!

28 thoughts on “The Strange Case Of Dr. Jekyll And Mr. Ohh!”