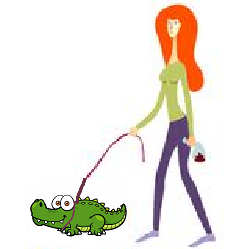 I just read a poll which stated that there are 42% more cats than dogs in the United States of America. I concluded, therefore, that cats are more popular than dogs. Hooray for the cat people. Now, I really don’t follow polls much, and frankly don’t much care if you prefer a cat, dog, turtle, spider, or iguana. In fact, my step-brother owns all five. The reason I bring it up is that last month I read another magazine with another poll stating there are more households with dogs than cats. It concluded dogs are more popular. Hold on a cotton-picking minute, Mr. Ohh!. We have a controversy here. They can’t both be true. Can they?

In point of fact, they can. If every dog house has one dog and every cat house has multiple cats, then both statements can be true. The real issue at hand is who gives a rat’s ass? This is a free country. You can have whatever pet you want. I hope you’re all very happy with your choices. Get on with life and stop worrying about stupid crap.

All these opposing conclusions really get my goat. No, I do not have a pet goat. It’s just a figure of speech. A good research firm can make data say just about anything they want. I mean, you could also conclude from this very same data that folks like furry animals around the house. Except for that brother of mine again. For some reason he’d rather pet a piranha. Well, there’s always some wierdo who skews the data. But I digress.

It really doesn’t matter what pet is most popular, but there is a simple unavoidable mathematic. They all poop. Now, cat people will tell us that is what makes cats better. They bury their waste. Why is this better? Last year my pansies were dug out by a silly cat, thinking my garden was its personal toilet. Also, I needn’t tell you tell you the story of my two-year-old son and the open sandbox. Let’s just say he’s now seventeen and still doesn’t like surprises.

Stop laughing you dog lovers, canines are just as bad. There was a time, in the not so distant past, when dog doo on a sidewalk was accepted as a natural part of existence. But no more! Puppy poo has finally earned the contempt it as so richly deserved for the past century. I can’t tell you the number of shoes I’ve had to fumigate because I didn’t see a land mine.

The national park near my house has come up with a solution for all this, and frankly, I find it very funny. You see, at all the entrances there are bags to be used for warm waste collection. Owners are requested to, “Do the RIGHT thing and keep the trails clean, and truly, folks are doing their part. Every morning I see them. The dog walkers out for the morning exercise. All are carrying their respective bags of poo. At first the trend was a bit embarrassing, but now those plastic sacks are carried with pride. In fact, this has now led to the strangest, new millennium competition. Good people are ever more eager to clean up. But then they look with contempt at the baggies of others, saying to their four-legged friends, “C’mon Rover, why can’t you fill a bag like Fido over there? You’re just not trying hard enough. Time for added fiber.”

The comparisons and judgements have gotten so bad that there has been cheating in the ranks. About two months ago a golden lab, and owner, joined the daily dawn patrol. Let me tell you, his metabolism was working in top form, and has been quite productive. In just a few weeks he was out preforming every dog in the park. Jealousy was running wild. It got so bad that the owner of Chile-Pepper, a chihuahua from the west side, started carrying a poop bag bigger than her dog. No one believed it was an accurate representation, but she smiled and beamed, “My little one, was a bit sick. I’m so glad he got that out of his system.”

I admit I’m all for folks picking up after their pets. The contest measuring how much waste your dog can produce is a bit weird, but then again, I’ve always thought people were strange. What I’m getting at is this is great but doesn’t get to the heart of the problem. The thing is, everything poops. Sure, folks clean up after their own pets, but what about birds? I recently read a story about a local golf course being invaded by Canadian geese. The ensuing mess would have made Chili-Pepper’s mother happy for a week, if she had bothered to pick it up.

If you live in a city, pigeons have been ruining cars and buildings for years. And that stuff is acidic. It’ll eat through anything. It’s destroying our nation’s bridges at an alarming rate. Yet, no one is very gung-ho about supplying baggies for pigeon poo. It’s an outrage. Those science folks tag birds all the time. You’d think they could come up with a way to put diapers on pigeons and get some volunteer agency to change them regularly. That way it could be, “Disposed of properly.” Like the signs in the park say.

Come to think of it, there are deer and coyote in that park as well as dogs. Why isn’t anyone cleaning up after them? Maybe it’s okay for the deer, but coyotes are related to dogs. If dogs are the main perpetrators, why are these ones excluded? They could seek relief of the trail when it’s not being used, yet no one cares. It’s a conspiracy. That’s what it is. It is just another burden placed on the little people who just happen to own dogs. Not cats or alligators, just dogs. And another thing, what if you don’t own the dog? What if your neighbor is on vacation and you’re just being nice ang taking the poor animal for a walk? Are you required to clean up the dog doo, or not? Once again, our government leaves me with more questions than answers.

I sent a tweet to the president, but he was no help. He just tweeted back that the news is all fake and that someone named Mueller lied. Then he asked for my undying loyalty. I’m not quite sure what all that means, but hey, as stupid as it was, I got an answer. Just another example of democracy in action. America, What a country!!