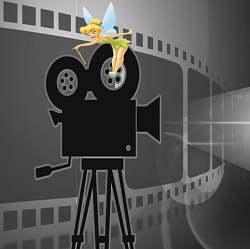 Every once in a while, I like to log into the website of my neighborhood cinema, and check out all the movies that I’m not going to see. Don’t get me wrong, I love watching an epic film on the big screen. The experience is wonderful. The thing I love most is a surprise ending, and the films of today don’t have any surprises. Surprises are risky. Film producers only want to bet on things that have already shown themselves to be profitable. I mean, how many Star Wars movies do we really need? So far, we have ten movies, one full length animation, and a release date for another one in December. This doesn’t even include an animated series and countless books. I get it. A long time ago in a galaxy far away, a whole bunch of bad stuff happened. What I want to know is: how much money will it cost me to find out about it? And more importantly, why should I care?

Actually, Star Wars isn’t the biggest waste of my movie money. At least this franchise tries to come up with new ideas and stories. It fails, but at least it tries. I don’t know if you remember the classic Disney animated movies, but I do. If you don’t, there are DVD’s galore or you can stream them all if you have the correct subscription. They are definitely worth taking a look at. So, once we have seen these masterpieces over and over, does anybody see the need to watch a remake? I don’t. The originals are great, don’t mess with them. The problem is, they are great. People made lots of money on them. So instead of thinking up something new which might be great, studios look back to past glories and think, “Hey, we can make all that money again, without hiring someone to write a new story.

Just recently Disney/Pixar released Toy Story 4. If it’s anything like the previous ones, it will show the toys becoming very upset because children grow up and stop playing with them. Awwwweeee, So sad. The tears might be spewing from my eyes right now if it weren’t for the fact, I’m immune to it because of the first three. Yes, they had their respective moments. The thing is they were also released on DVD when my kids were young. And young children like to see movies over and over and over again. Which means, not only is the sadness not new, but I’ve seen them so many flipping times, I no longer care. In fact, I’m starting to root for Syd, the kid next door who abuses toys. It would certainly be a surprise ending if all of a sudden, by some miracle, Syd actually blew up Buzz and laughed and danced maniacally. But no such luck, everybody gets away and there is always a happy ending. Sorry I didn’t scream, **SPOILER ALLERT** before I wrote that, but if you haven’t seen the first Toy Story movie by now, you’re not likely to see it anyway.

And that doesn’t even get into the real classics. Cinderella was originally released in 1950. That means the cartoon version lived through four generations of little girls, proving that dreams come true. Then all of a sudden, in 2015, some brain-child at Disney studios blurted out, “Now just hold on a second! That Cinderella movie is really a cartoon. Am I the first one to notice this?” Normally, I would make fun of this obvious example of Hollywood inbreeding, but I can’t. You see, he was the first to notice this. When he told his colleagues about this, they were equally surprised.

Then, because no one in California is able to make a decision by himself, there was a meeting to discuss this grave issue. I’m quite sure the combined IQ of all the geniuses in attendance must have been about thirteen. They made a breakthrough conclusion. They would fix the mistake, Walt Disney himself, had made sixty-five years ago. They would make Cinderella a live action film. Then they all shook hands and gave each other large bonuses.

The thing is none of them had Walt’s creative spark. Consequently, they made exactly the same movie, with live actors. This should have been bad for two reasons. First, since there was nothing new, it was sure to be boring, because everyone already knew what was going to happen. And second, it can’t avoid being, drab because people in makeup will never match the brilliance of the cartoon colors. All this should have meant the new movie would head straight to flop city. But no, the thing made over five-hundred-million. I’m confused. In can’t figure out who I should make fun of; The folks who were silly enough to mess with a classic childhood movie, or the people who knew exactly what was going to happen and paid big bucks to see it anyway. I guess I’ll vote for doing both, but that’s beside the point.

Anyway, once this brilliant Generation X’er realized Cinderella was a cartoon, he took a long look at the rest of the animated movie catalogue. To his shock, all of them were cartoons. Well he, and his team set right to work, to fix them all. You guessed it. 101Dalmations, Beauty and The Beast, Mulan, Dumbo, Aladdin, and The Little Mermaid are all being made into live-action movies. I sincerely hope there is a bunch of space in Walt Disney’s mausoleum. He’s not just turning over in his grave. After all this, he must be doing cartwheels.

Then, of all things, I heard they were making The Lion King into a live action movie. At first, I figured they were going to film the Broadway adaptation. Sadly, I was wrong. They are going to start from scratch and make a movie showing real lions, hyenas, warthogs, meercats and such. No People! There are no people in this movie, just animals. For a brief moment I pondered how they would make a savanna full of zebras and giraffes talk and act on cue. I actually knew the answer, but it pained me to think it. They’re going to do the whole thing as a 3-D animation. You heard right. They’re replacing a cartoon animation with a computer animation. Can anybody give me something that might be close to a good reason for this?

Another thing I find fascinating is the money aspect of the project. Computer animation of this kind is very time consuming and requires a lot of very talented computer geeks. They should have learned their lesson in 1994 when they had to pay a team of artists to paint and photograph 126,720 cells. Now they are paying all that money again. Actually, it’s the third time. You may remember Lion King 1½. Which is the same movie for a different animal’s perspective. And yet each one made a ton of money. How does Disney do that?

Boy, I can’t wait to be rich and famous. Can you imagine only having to write one blog post and just releasing it over and over again? Well maybe not. I mean Walt had to die before his company was famous enough to get away with this. I don’t think I want to do that.