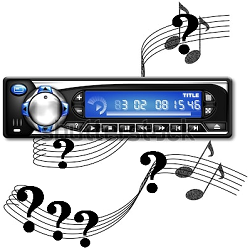 I swore I would never do it, and I’ve been very successful thus far. As I was growing up, I promised all the creatures of Heaven, Hell, and every other world now living and dead that I would never become my father.

I have certified documents, signed and notarized, from all three of my children stating I have never said, “When I was your age…” except in jest. Neither have the words, “Pull my finger,” ever escaped my lips. Even as I age, I have kept my promise even refraining from farting Beethoven’s Fifth Symphony, in the key of E, after burrito night. If that’s not love for my family, I don’t know what is.

In point of fact I can confirm that I’m an above average parent. I recently read a study saying the average parent will be an embarrassment to their children at about age fifteen. Well, I was a solid humiliation when they were only eight years of age. Way above the curve.  Not to brag, I can do a solid favor for my kids and still get an eye roll. You don’t believe me? Well here’s the story.

A while back I was reading and wanted to understand the meaning of a new word. My daughter’s tablet was sitting on the table next to me, so I quickly looked it up. But the screen on that thing was filthy, so as payment for borrowing it, I went and got a cloth and cleaned it shiny and bright. I just knew I would hear thanks and praise the next day, possibly even a little groveling. Not so much. What I heard was “Who messed up all the settings on my I-Pad?” She was screaming this from three rooms away and I’m sure folks heard it two continents away. I fatherly calmed her down and told her what I had done. She stormed off. To this day she is still complaining she can’t get the brightness correctly set. As the prophet said “No good deed ever goes unpunished”

All these facts culminate in to one simple truth. I am a superior father. I have even beaten the terrible scourge of becoming my father. Unfortunately, my loving children have become teenagers.

Let me set the scene; My daughter and I were driving to a friend’s house and she didn’t want to go. The mope-face and slouch were in full force and if looks could kill, I would have been dead three times. If you’ve ever dealt with a sullen teen you know the look. The only thing I got right was to let my darling princess play the radio station she liked.

About the time we were halfway there and I had already heard things like; Do they have Wi-Fi? and How long will we be there? several times. It came out. I didn’t mean to say it. I don’t know where it came from. It was just there and it passed my lips. I couldn’t stop it. I suddenly morphed into my father and said, “What is this nonsense coming out of the radio?”

After all those inner lectures stressing how open minded, I needed to be about music, after all the arguments I had with my own father about the bands I liked, after taking the most mind-numbing Music Appreciation course in all of history my last year of college, I insulted my daughters taste in music. My daughter for her part grabbed my cell-phone, called a lawyer and filed for divorce. She then yelled at me in her best fan-girl voice, “Dad!! OMG!! This is Justin Bieber!!”

I don’t know what happened then, knowing I was wrong, I doubled-down and gave her a sharp retort. Of course, the fact I misheard the name didn’t help anything. I got snarky and said back to her, “Well if he’s Just Another Beaver, then maybe he should go back to building dams and forget about this music career. It’s not really working out for him.” Yep all the adults have left the building.

My child didn’t have a retort for that one, so she sulked lower and put up the hood on her hoodie shutting herself away. At this point you’d think I, as her father would have let it go, but no I pressed it. The vocals were spewing that the guy would try for ten-thousand hours, then ten-thousand more to get the girl. I snapped at the radio, “Look you idiot ten-thousand hours is about a year and a half. You can fight for three years if you want, but you might want to get it through your thick skull that she doesn’t like you.”

My daughter went ballistic. The hood came down and she looked at me with fire coming out of both eyes. “What?” I questioned, backing off a little. “I’m just saying this is a dumb song.”

The frown got worse as she declared, “Oh and Don’t Worry Be Happy and We Built This City are sooo much better

Well now my eyes were on fire as well. I mean, she was messing with Grace Slick. Sure, it was a long time since White Rabbit was on the charts, but you gotta defend the classic singers. I was shaking almost afraid of what I would do but also wondering how much I could torture her without getting thrown in jail, or worse getting my wife upset. Discretion became the better part of valor and I focused on driving. As for her, the hood went back up and we drove for a while not speaking. We were angry and we both knew the next one to speak would lose body parts and suffer severe pain.

Then three songs later the heavens opened up and a miracle was bestowed upon us. A song came on the radio called, Call Me Senorita. It happens to be a duet, and while this isn’t very important what is interesting is that one of the singers is a guy. So, the song starts. My dark princess lowers her hood and cracks half a smile. Apparently, she likes this tune. About a minute or more into the song the guy starts echoing the girl and repeats, “Call Me Senorita” over and over. I’m sorry, I’m a little too old school for this, and I start laughing. She, who is beside me looks up and asks “what?” By this time, I can’t hold it in anymore and in my funniest voice I start singing it too.

The mood is broken. She is laughing and starts singing as well. At this point all four of us want to be called senoritas. We keep singing for several minutes and then realize the song is over and probably was one or two tracks ago. We smile at each other and the rest of the trip goes very well.

By the way. Um, you should know and don’t tell my princess, but I’m all for ending the fight and everything, but I didn’t really want to be called senorita. Also don’t ever call me that again. Or Else!

Thank you for laughing

If you just can’t help yourself and feel you must donate to me Please do I will be forever grateful. Thanks for supporting world laughter