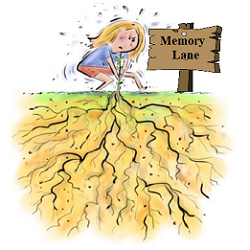 Today my eldest son cost me one-hundred-thirty-six dollars and forty-seven cents. Why you ask? Wait, you’re not asking? Please, someone ask. I mean it’s been a long week and if no one asks I’ll have to think about something else to talk about. And believe me, this one was hard to come up with. Wait a minute? You the lady in the back. You want to know why I spent the money. Great. For you and for the rest of you lovely people I will continue.

I spent this small fortune for my son to have his senior pictures taken. Yes, my eldest child is a senior in high school. This brings up two opposing emotions. First, it makes me feel very old. And second how the heck did I let him live that long? Being as how the second of these is sort of illegal, let’s focus on the first. As he is now a senior, I have been thinking a lot about when he first started school thirteen long and painful years ago.

The day my son turned five I rejoiced. He was no longer a baby or a toddler.  He was now officially a school age child. I could now send him to a place that would teach him things. I could finally start shirking my responsibilities. He was going to Kindergarten. A place I can relate to, having gone through two years of it myself. A wonderful Oz like world, that, for half a day, instructors would teach him simple things like the colors and counting to ten. Finally, he was going to do something I could understand. Heck, I can count to twenty on a good day. I happily took it upon myself to call the school and sign him up. The sad part is that I had no idea what I was getting into.

At first, the lady who answered the phone was quite nice, and when I told her why I called was happy to assist me. I was informed that kindergarten is now a full day affair and he would have to bring his meals. Yes, I said meals, not snacks. MEALS! He had to come prepared with a nutritious lunch, an afternoon snack, and a brown bag breakfast if I wanted him to eat there. No cookies, candy, peanuts, sugared drinks, doughnuts, pastries, cakes, garlic cloves, drugs or alcohol. (Don’t ask me it said these? They were all on the list.) How am I supposed to know the dietary needs of a five-year-old? Up to that point I kept a stash of Oreos, and used them to bribe the boy. Besides, when I went to kindergarten all we got was a stale graham cracker and we drank water from a hose. This is a moment when I should say, “And we turned out all right.” But I’m not going to because according to the school system, we didn’t.

I had almost come to terms with the food issue when the next bomb dropped.  My son had to take a kindergarten readiness test. Apparently, you have to know everything they teach you in kindergarten before they let you in to kindergarten.  This is a philosophy that I can’t get a hold of. However, you could save a ton of tuition if they applied it to college. I mean if you know everything you need to graduate college, before you start, then, according to the way I feel, you don’t have to go. You just walk up to the admin, take the readiness test and if you pass, they hand you a diploma. Saves a lot of time and money that way.

I posed this very same question to the nice lady who answered the phone and she assured me (I’m quoting here) “My son would be adding to his knowledge base. Also, his schoolastic achievement, not to mention his social skills, would be hampered if he remained at home, without structured education, from this moment on.” I didn’t understand a word of that.  So, she said it was required by law. That sentence I understood, and made the appointment.

I was informed, I was to meet the kindergarten teacher and was a bit concerned. In my day the teachers were fat old ladies with high voices that smelled funny.  When I met mine, I clutched my mother’s leg and tried to run home. New people can be frightening to five-year-olds. When I got there, I was far more scared than my son. The lady who greeted us scared me tremendously in ways that I dare not even think about, but not for the reasons I thought she would.

She was like a twenty something, brain damaged, valley girl. She said her name was Bambi and she said that my son was soooooo cute, and that I should be soooo proud of how tall he was. I didn’t catch anything after that because everything else she said was in a voice so high pitched that I could hear dogs outside howling.

I started to object as she led my son away to be tested. But I was stopped by a large woman with calloused, scarred hands and grayish wrinkled face, named Brunhilda who stood like a brick wall in front of me. Brunhilda was a short ex-marine corps sergeant who commanded me into the office to fill out the required paperwork. What could I do?  I snapped to attention and followed her to a side room leaving my son to the happily insane Bambi.

Brunhilda ordered me to fill out several forms detailing my current living status, work history, and family tree dating back about six generations. While I was doing that, she glared down her nose at me. It was as if she could tell that I had been a world-class under-achiever and she was not going to tolerate that kind of thing in her school. I assured her I wanted the best for my son and those words seemed to placate the monster. She smiled and told me that I must remain involved with my child’s education. I smiled and agreed knowing full well I probably wouldn’t understand anything he was being taught.

I escaped the office with my head still firmly attached to my shoulders and was reunited with my son. He seemed none the worse for wear and Bambi went on for fifteen minutes about how brilliant my son was. My ears were bleeding from her ultra-high voice, but at least we were now able to leave the strange place.

As we were almost to the door and freedom, I was once again stopped by Brunhilda. She glared into my eyes and told me; my son WOULD make a great addition to the school. I panicked and enrolled him at once. On the way home I thought of the appointments at the other schools I would have to cancel. With fear in my eyes I looked down to my son as he said.

One thought on “Pulling A Few Weeds In Memory Lane”