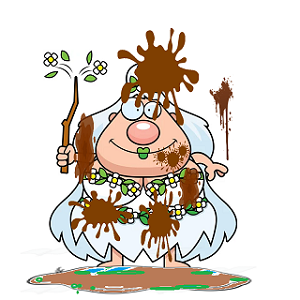 Something for all the poetry lovers

A nature poem from the pen, or more likely the computer, of the famed poet Mista Angel-Ohh!

It would be all over Mr. Ohh!’s patio and he’d probably curse me as if I were a stupid squirrel or something. Especially those sunflower seeds. For every one I’d eat, I would take one out and just throw it on the ground. That way he’ll have to sweep up that freaking patio every freaking day, for the simple senseless reason that dumb old birds are naturally sloppy eaters!!”

Uh, hold on a second. I think I messed up the iambic pentameter of my poem a little bit. However, on the plus side, no one can deny that there is some true raw emotion coming out of this poem. I also believe the imagery I created is really something everyone can understand. It’s not as high-brow as Maya Angelou, whose name I parodied as my poetry nom-de-plum, but I feel it has real depth. Also, just like in the great Maya’s work, it says the things that need to be said. Yes, Maya Angelou and Mr. Ohh!, two of the greatest poets of all time. Well at least one of them is. So, I have a fifty/ fifty shot.

Something for the bird Lovers

The thing is, while you may want to read my poetry for hours this is not why I am writing today. Sorry, culture lovers. You see today I have a serious problem, and this is sunflowers. Not the flowers actually, but I have a million tiny sunflower plants all over my lawn. I have made no secret of my distain for squirrels and my love for birds, but my world is suddenly being turned upside-down.

You see, I have five bird feeders surrounding my patio and the trees in my yard. For a while now, I’ve been chasing away the tree rats who empty those feeders with abandon and make me spend way too much money on bird food. This year I found a metal gadget that keeps the rodents out of the feeders. You’d think that would be a big win for me, wouldn’t you? Ohh No! Those stupid birds are sloppy eaters. Now that they have all the seed to themselves, they throw it around picking only the best kernels. Every other day, I have to walk the patio and pull up all the various millet, and sunflower plants growing in the cracks between the stones. We all know this is the most fertile soil in the universe as I described in my previous post “Business Opportunity.” You should check it out I’m still looking for investors.

Something for plant lovers

Anyway, I just can’t let those little plants go. I was sick a while back and a sunflower stalk actually picked up two bricks, and my home owners association charged me twenty bucks for not properly maintaining my property.  As much as I love sunflowers there is a place for them and they need to learn to stay where they belong. I actually tried weed killer, but my neighbor saw me. He brought over several hundred articles, catalogued in a folder, about how bad that chemical is for me and the environment. I tried to break away from him, saying I understood, but he kept on about rare diseases and lawsuits. I had to hide in the house for three hours before I knew he wasn’t watching. Now, I have to either pull those little seedlings, or wait until after he’s asleep to use the weed killer. I feel like James Bond in a spy movie when I do. Sadly, I need my sleep too, so I just pull the dang things.

Something for squirrel lovers

Of course, just because the squirrels are innocent in this garden fiasco doesn’t mean they are off my list. They’ve come up with a new way to annoy me. You may not know this nature fans, but squirrels do not eat everything they gather. A lot of it they save for later. Unfortunately, they do not use sealable plastic containers or biodegradable paper products. Squirrels bury the nuts and things they want to save. Sadly, they do not have little grocery lists so most of the time they forget where they bury their nuts. Ya’ gotta hate when that happens. Losing his nuts must be awful for the little guy. For me it’s even worse because nuts like acorns are the seeds of oak trees. Those tree rats are literally planting an oak forest in my yard.

You may say, who cares? Well, I’ll tell you, who cares. The Arbor Day Foundation, that’s who. You see, I went along and pulled up all those little oak trees the squirrels planted, from the various mulched areas in my yard and after a while I found I had uprooted a small forest. Then a while back, a mysterious black van was suddenly parked in front of my house. Two days after it appeared, I went out for my weekly removal of oak trees. Suddenly, four renegade environmentalists attacked me with large frowns and strongly worded letters of complaint. It seemed they had been counting the oak saplings in my trash and accused me of deforestation. They left, but only after revoking my membership to the Sierra Club and threatening to contact Greenpeace about me. I was lucky to escape with only that, but the Autobahn Society gave me some very good references.

Since then, I have kept a low profile. I check satellite positions before I weed my vegetable garden, and placed an awning over my patio in case I accidently step on a stray sunflower plant. You never know just who’s logged into those eyes in the sky. I also built a seven-foot privacy fence in case one or more of my neighbors are keeping tabs on me. I’m highly suspicious of the guy with his weed killer dossier. My family thinks I’m paranoid. Ha! I bet they’d be paranoid too if people were watching their every move.

And something for nature lovers

I was starting to relax, because I think I’ve got a handle on all of last autumn’s acorns, so there won’t be more oak saplings coming up this summer. The mulch I put around this spring has settled in and the garden weeds are all but gone. Now, I can sit on my patio and watch the hummingbirds and bees around the flowers. It was all peace and tranquility until the maple tree across the street let loose with about three-million spinners.

I don’t know how it happened, but now my lawn, garden, patio, and even my driveway are all filled with inch high maple trees. I don’t know what to do. I could pull the things, but I certainly don’t Greenpeace knocking on my door. If I do nothing the home owners association will come down on me even  harder. I can only see one solution. Instead of pulling out those little plants, I’ll just pull out my hair instead.