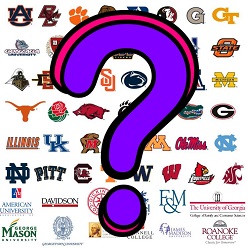 This may surprise many of you, and I hesitate to mention it due to the panic it may cause. Wow isn’t that a great beginning? I’m not sure what I should do. If I keep quiet and don’t tell, then I’ll have to come up with a new topic for this post. On the other hand, if I continue, the world as we know it could fall into Armageddon. It truly is a problem to probosculate upon. Oh well, I’ll say it. If civilization collapses, I’ll just blame it on space aliens or something.

Well here goes. In our world of text messages, email, e-zines and pictures of naked squirrels being delivered directly into your electronic in-box, it may surprise you to know that the US Postal Service still exists and still delivers mail to your house six days a week. I understand this is probably very surprising and unexpected, but please stay calm. There is a plus side, that lone stamp which has been hiding in the bottom of your purse for seventeen years actually still has value.

Have you recovered from the shock yet? If not please take a second to relax, and if possible, try to avoid taking over the government in a coup. Take a few deep breaths, relax, and remember there are many strange and wonderful old things which still exist, I mean, for one, there’s your grandfather. Okay? Goooood, now, let’s get back to the point.

Some of you may not remember where your mailbox is, but now that you know mail still arrives, this may be a good time to find it, and clean out all those old ads and credit card applications. You may wonder why I am so bold to make such a wild statement; well I was nearly drowned by mail delivery. It happened all of a sudden, just as my son turned seventeen.

Before this historical moment the slot, in the door was strangely silent for years. Then it happened. He had a birthday. Suddenly the slot erupted with mounds and mounds of literature. Colleges from all over the country wanted my son to apply to their school. The stuff came from all over, from prestigious schools like Harvard, Yale, and Princeton, all the way through the spectrum to Bob’s College of Remedial Breathing. And it wasn’t just print material either. That dusty black thing which hangs on the kitchen wall exploded with a constant bell ringing. When I picked up the receiver, people spoke to me. They wanted to tell my son how great his ACT score was, and try to get him to commit to entering their school.

My son was even more shocked than any of the rest of us. No one had ever paid this much attention to him before. In fact, I wasn’t really sure of his name for the first three years of his life. That’s what wives are for.

Frankly, I didn’t know there were this many places of higher learning in the world, let alone the number of printed requests from places in my home state. There are thousands of them, and every one of them wants my son to attend their school, and consequently, without actually saying it, have me pay for it.

The first problem with all this is, there are no specifics. The million ads only repeat this same phrase, “It’s a great learning experience and a lot of fun.” This was the first red flag. I went to college and fun it was not. It was a crap-ton of work, and my closest experience with starvation. Face it, there just aren’t many positive nutrients in peanut butter and jelly sandwiches or Kraft Mac-N-Cheese. It may be the cheesiest, but it’s far from the healthiest. I had to survive on a diet of these two staples for my entire collage career. If it wasn’t for the Red Cross packages my mother sent from home, containing candy bars, I would have starved. But I digress.

The real question I want know is; How does one pick a college? I was told by a school counselor; Everyone should be careful in choosing an institute of higher learning. We were instructed to examine my son’s desires, and hobbies, look to the future and what careers will be plentiful in four years. This wasn’t very good advice. My son has only two interests, video games and coffee. Then there’s the fact, none of this school literature comes even close to saying what they’re good at. We’re supposed to call the admissions office for that information. Who do they think I am? Do I look like the type of guy who’s going to call five thousand educational establishments to find out if they have a master’s program in café mocha lattes? This is way too much work.

This is why I am jealous, and not speaking to a friend of mine. His daughter plays volleyball. He doesn’t get literature in his mail box. He gets calls from recruiters. These calls don’t provide any more information about academics than the junk mail I receive, but they do provide one additional fact; The last time their school was national champion. I can just hear him having a talk with his daughter. “Well what do you think, honey? Should we go with the champs of 2017, or help rebuild the team that won on 2014?”

I got none of those perks. We are going to have to decide from just from the educational possibilities alone. Now is that any way to choose a school. What ever happened to the important stuff like, off campus bars, legality of certain activities, or whether Rosemary Stilton is attending the place. That’s how I chose. I figured since it was only Rosemary and me as freshmen from our high school, she would have to go out with me. What I hadn’t figured, on was the two thousand other students who also showed up for freshman orientation.

Well all’s well that ends well. It may have been a stupid way to pick a college, but at least I had a reason. I know folks who never find a reason and end up bouncing from college to college, taking fifteen years to complete their degree in basket weaving. I hope this is not my son. I’m not sure if I can provide funds for one year let alone fifteen. We have talked several times about making a choice, and I will admit he does listen intently to the music on the earbuds he has hidden under his hair.

Well since this is such an important decision, I have decided to take action. I started taping all the literature up on one of my basement walls. It’s actually starting to look quite nice, very colorful, but that’s beside the point.  You see, what I’m going to do is, on the day of his graduation party, he’ll get a dart to throw at the wall. Wherever it sticks will be the college he chooses. It is decided.

Then again maybe not. I wouldn’t want him to ruin this impromptu wallpaper. Besides, it has given me a great idea. I’m seriously thinking of redoing my bedroom, in grocery store ads.