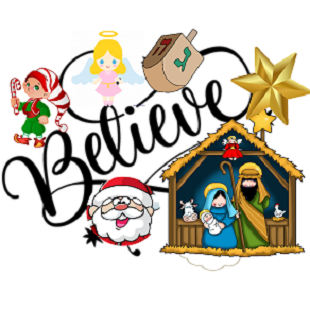 Welcome to a Mr. Ohh! Christmas

I would like to wish everyone in my audience the most blessed and happy of holiday seasons. Enough of the mushy stuff, let’s get to the complaining. I don’t want to be a complainer, but like you, I want the most perfect holiday ever. Sadly, I’ve learned that that’s about as likely as my daughter showing me some respect. I guess it could happen but… Frankly, the only one in my house who pays any attention to me is the cat, and that’s only because she uses me as a scratching post. I’m planning to get her a scratching post for Christmas this year, to alleviate this issue. It’s the same one I got her last year. I can do this because she hasn’t touched, or scratched it, at all as yet. Maybe there will be fewer scars in 2023 because of this re-gift. I doubt it, but after all, Christmas is the season of hope and miracles.

Believe as I do

That’s the thing. With all of the superior Mr. Ohh! intelligence, I still believe in miracles. Not just the secular ones like a bunch of elves living at the frigid North Pole, building toys and never wearing coats. Heck, even Santa, and the polar bears are always pictured wearing fur, but the elves, nope. I believe all the stories of the miracles of the season, for both Christmas as well as Chanukah. The miracle of one jug of oil lasting for eight days is totally perfect with me. Although, with regard to my Jewish friends, one wonders how many jugs of wine they went through worrying about that single jug of oil. If they weren’t concerned over that, there’s another miracle. Even if it’s not mentioned in the Torah.

Of course, there are all the Christmas miracles to consider; Angels appearing to Shepherds, the star over the site, the animals talking. I do have some trouble with the thought of a new-born not crying, and a very, very pregnant woman bouncing around the desert for several days, not trying to rip someone’s head off. I have experience in both of these things and trust me, these tales are extremely unbelievable. I mean, not all my scars come from the cat. However, these are part of the Christmas story, and in this time of miracles, I believe.

There is the wisemen hitch. I truly believe when angels showed up in front of a bunch of shepherds, and told them to go see a baby in a manger, they beat feat, took off, and hauled a… Well, you get the picture. If singing angles showed up, and told me to go someplace, you’d best believe my butt would be gone. No question. It was different for the wisemen. Think about it for a second. One random night a super bright star shows up in the sky. These guys chart stars all the time, but this time, instead of just putting it in the log and forgetting it, three guys decide to check it out. Twelve days later, they all show up at the place, with expensive gifts, several guards and servants, multiple animals, and a partridge in a pear tree. Definitely a miracle. Nobody I know could organize a trip like that in twelve days let alone complete it. Next, it is said they came from three different places, and then met up somewhere along the way. This is the truest of wonders. They didn’t have Google maps. They couldn’t text each other and decide which rest stop to meet at, Heck, they didn’t have those either. Nope, just three groups of folks wandering through the desert, looking at the sky, not paying attention to the ground, suddenly running into each other. Then the even bigger phenomenon, when they did meet up, they just all said let’s go together instead of starting some race to get credit for the astronomical discovery of a lifetime. But again, this is all a Christmas miracle and so I believe.

Songs are a problem

Now, while the stories themselves are matters of faith, the way these stories are told can sometimes be a problem. Especially with the songs. Take The Little Drummer Boy for instance. It’s cool that a kid might show up, maybe with the shepherds, or on his own. But does anyone honestly think that a woman, after a long bumpy ride, a tough first pregnancy, and after just giving birth, while the baby is quiet, would want to hear a drum solo? Not even if she was a Def Leppard fan! I’m just saying.

Then there’s the ever popular Do You Hear What I Hear. This song has been recorded by over fifteen artists, and is played all over the radio. All this makes it widespread but not any more reasonable. Consider the words. First the night wind talks to the lamb. Okay, who know about the lives of animals. Next, that lamb talks to a shepherd boy. We’ve already discussed, on that glorious night, the animals spoke. Then that kid says to the king, “Do you know what I know?” Look, if a random kid walked up to me and said that, I’d say, “Nope!”, and walk away. I can’t imagine what a king would do. Also, how the heck did a lowly shepherd-boy get an audience with the king, in the middle of the night anyway? Not Happening!

Think about it, the king puts out his twenty cats and secures the thirty-seven dogs. Then just as he lays his head on the pillow, he hears pounding on the front gate. Depending on who it was, I think it more likely he’d have the kid burned at the stake first, and ask questions… never. Even if kingy did get up and talk to the kid, hearing those argumentative words would likely get the boy thrown in a dungeon. I know this is just my opinion, but the logic has merit. I mean no disrespect, but I truly believe this song could have been written better.

Some things are unbelievable

The Christmas miracle I just can’t fathom is how gift cards became so popular. Folks shy away from scams on their phones but happily purchase gift cards. They’re an even bigger scam. I hate those things, mostly because I have no self-control. If I get a twenty-pound gift card, I can’t use it, because I live in the US and Britian’s currency in not accepted. However, this would be better for a guy like me. I can look at it and not get into trouble. If it’s twenty dollars I go to the store and promptly spend fifty. I lose an average of double on every card I get. Even if I manage to get out of the store spending nineteen-fifty, that fifty cents will haunt me until I return to the store and overspend that. My wife, who has tons more control than me, is not compelled as I am. Consequently, she has about a thousand cards in her purse valued at under five bucks. This is not much better

If you can’t decide on a gift, give me cash. On second thought, I can’t be trusted with that either.

How about a cup?

Hey everyone, before you go I just need one more minute of your time. Do you like my stuff? If you do, we should get together for coffee. That’s probably not possible so why not buy me a cup of coffee to show how you feel. It’s real easy just click below. Thanks a bunch for reading and listening

8 thoughts on “I Believe It All… Well Maybe…”